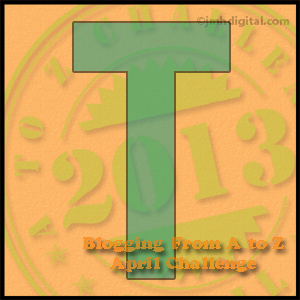 Tetraclaenodon is another of those pesky condylarths. The ‘Condylarthra’ are sometimes called a ‘waste-basket’ or ‘garbage can’ group. In a more polite way, they are considered a ‘grade,’ which is to say that mammals called condylarths are lumped together because they all exhibit relatively primitive or un-evolved mammalian characteristics. They probably weren’t related to each other via genetics or evolution. They just looked kind of similar.

Tetraclaenodon is a member of the Family Phenacodontidae, a group of fully herbivorous mammals. Phenacodontids were cursorial, meaning that they were adapted for running in open areas. Modern cheetahs and horse are considered cursorial. Phenacodontids, while having five toes on each foot, had hooves on each toe. They are considered probable ancestors to a modern group of hoofed mammals called the perissodactyls. Modern perissodactyls are all the hoofed mammals with an odd number of toes, including horses, rhinos, and tapirs. The first perissodactyl appeared at the very beginning of the Eocene.

Drawings of specimens of Tetraclaenodon puercensis and two different species of Phenacodus from the American Museum of Natural History.

Another important Phenacodontid is Phenacodus. Phenacodus is considered the descendent of Tetraclaenodon, thus implying that the two genera never co-existed. They were probably very similar in appearance.

The presence of Tetraclaenodon at a locality has been considered definitive for the locality being Torrejonian in age. Likewise, a locality that has Phenacodus is Tiffanian in age. Since I was studying the Torrejonian-Tiffanian boundary, I had some interest in these two mammals.

When I started my research, I specifically made all my identifications before attempting to figure out the relative ages of each locality. I had 136 fossil localities that spanned about 500 meters of rock thickness. I suspected that somewhere in there was the Torrejonian-Tiffanian boundary, but I wanted to let the fossils tell me where it was. I didn’t want to fall into the circular trap of identifying a fossil based upon whether is suspected the locality was Torrejonian or Tiffanian. I was suspicious of Tetraclaenodon and Phenacodus, because the descriptions of each were very similar and their sizes overlapped. I was concerned that they might not actually be different species after all.

My hand written thoughts expressing my suspicions about whether Phenacodus and Tetraclaenodon<?i> were really different.

So after working through and identifying the mammals from The Breaks, I then put them in order. The thing that jumped out at me was that both Tetraclaenodon and Phenacodus existed in both the Torrejonian and the Tiffanian. They coexisted, and not just close to the boundary between the Torrejonan and Tiffanian, but throughout both ages.

It seemed that paleontologists had unwittingly made identifications based upon the known age of their localities (usually based upon plesiadapid primates). If the locality was Torrejonian (because they found Pronothodectes), and they found a phenacodontid, it had to be Tetraclaenodon. If the locality was Tiffanian (because there was Plesiadapis or Nannodectes), any phenacodontids had to be Phenacodus. It’s circular logic. There is no good way to distinguish these species based upon teeth alone.

This is one of the pitfalls of paleontology, or of any science. Heck, it’s a pitfall of life in general. We have to be cautious of our preconceived notions of how things are. We must find ways to be objective in our research. It’s a challenge!