“R” is for Ragnarok 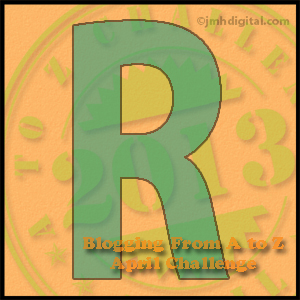 Ragnarok is proof that paleontologists have a sense of humor.

The name Ragnarok comes from Norse mythology. It is a series of events foretold for the future, that essentially brings about the demise of human kind by various natural phenomena, including global flooding. All that remains of humanity is two people, left to repopulate the world.

The reason Ragnarok gets its name is because it is a member of the Family Arctocyonidae, the ‘bear-dogs.’ Superficially, that’s what they look like: A cross between a bear and a dog. Arctocyon, the type member of the Arctocyonidae. Credit: Dmitry Bogdanov, via Wikimedia Commons.

The Arctocyonidae are considered condylarths, a group of primitive mammals, which may or may not actually be evolutionarily related to one another. Arctocyonids may have been ancestral to the Mesonychids and/or the Cetartiodactyla, which may be ancestral to modern whales.

The genus Ragnarok is no longer considered a valid name. That is to say, it is now more proper to call mammals once assigned to Ragnarok members of the genus Baioconodon. Ragnarok is now relegated to ‘junior synonym’ status.  The name Ragnarok still survives in the literature, of course, from before it was synonymized with Baioconodon.

The upper teeth and lower teeth show the basic tribosphenic pattern of mammal teeth, with no particular specializations for carnivory.

Neither Ragnarok nor Baioconodon is known from The Breaks. But the name is worth mention.

Thanks to Darrin Pagnac for reminding me of this beast. It’s a perfect Paleocene “R” mammal!