On May 20th of last year, a Tarbosaurus skeleton went up for auction in New York City. Paleontologists familiar with Tarbosaurus (sometimes called Tyrannosaurus, as they are closely related) immediately realized that this specimen, a complete skeleton, could not have come from anywhere but Mongolia. Mongolia does not permit the export of its fossils, and it was clear that this specimen had been removed relatively recently. Mounted skeleton on exhibit in Cosmo Caixa, Barcelona – by FunkMonk

There was a great deal of argument, and the auction still went ahead, with the Tarbosaurus being sold for $1,052,500. The check was never cashed, luckily, as the case was under investigation.

The result of the investigation was that, in fact, the skeleton was illegally poached. Now the commercial collector, Eric Prokopi, faces up to 17 years in prison for his acts. This particular Tarbosaurus skeleton isn’t the only one out there that Prokopi had a hand in smuggling out of Mongolia. Hopefully the rest will be found.

Read more about it here.

Underneath the massive ice sheets in Antarctica, isolated from the atmosphere for 100,000 years or more exists a lake of liquid water called Lake Vostok. Scientists have drilled through nearly 4000 meters of ice (more than two miles) to reach this remote lake. They wish to study it and see if there is anything living in there, as a potential analogue for the harsh environments of distant planets. On January 10th, the first sample was collected. Research can now commence.

Not quite geology, but close to paleontology, so it counts… 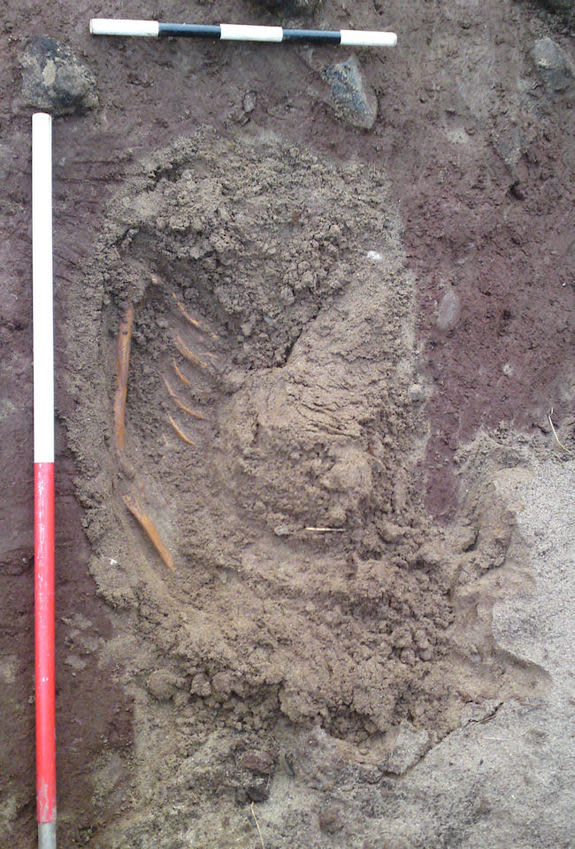 These sorts of things happen a lot in paleontology, actually. A storm causes a stream bank or cliff to collapse, and suddenly there are bones sticking out of the fresh surface. Given that these were human remains, the police were called initially. Archaeologists later said they thought the bones were as much as 2000 years old. Sadly a second storm caused to bones to be lost.