Pink diamonds are curious. First, they’re pink. Second, they change color depending on the wavelength and the intensity of light that hits them. They stay pink, but are different shades. Scientists are attempting to figure out what gives these diamonds their pink color. In many minerals, it is impurities that cause the color. In pink diamonds, it actually appears that the colors change from electrons changing their energy state due to the light being shone on them.

The Mars Curiosity Rover has made some great discoveries in it’s short tenure on Mars. It recently tried out it’s Hand-Lens Imager to get a close look at the individual grains that make up a rock. One of the grains was rather transparent, and some have thought it looks like a flower.

Spoiler: It’s not a flower. My guess is that it’s probably just quartz. I see mineral grains like that in sedimentary rocks all the time. Nevertheless, it’s pretty cool. Finding quartz like this can tell us something about the history of Mars as a planet.

There’s also a little line of rocks near the lower center of this image. NASA scientists are calling it “Snake River.”

From Mars Curiosity Rover. “Snake River” is in the lower center of the photo

Curiosity will likely visit Snake River to have a peek at what it really is. Given how it appears to cut across layers, it is likely that it formed after the main layers in this photo. Understanding what it is, then, can also teach us something about the geologic history of Mars.

This is just nice. A pod of killer whales had found themselves cut off from the open sea and trapped in the Hudson Bay when sea ice blocked their route out. Before you say ‘well, couldn’t they have just gone under the ice?’ remember that whales are mammals and need to breath air. If their path is completely iced over, they can’t breathe. Whales can drown. 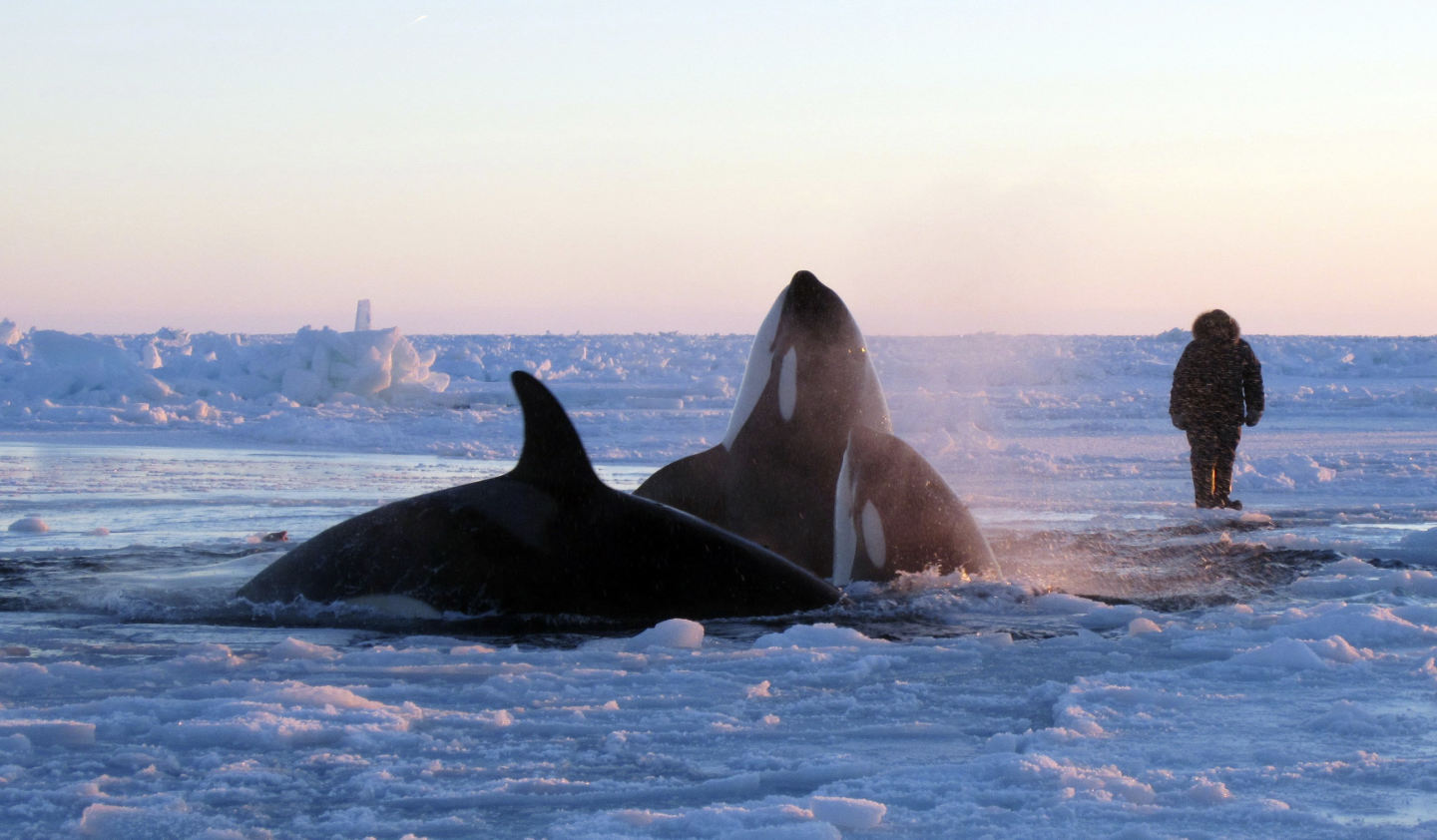 Luckily, warmer temperatures and winds seem to have shifted the ice, making it possible for the whales to escape. This story has a happy ending!

So, why is this in here? Oceanography is part of the earth-sciences for one. And for two, the reason why the whales were in Hudson Bay so late in the season could potentially be due to the effects of global warming. Perhaps we’ll see more events like this in the future.